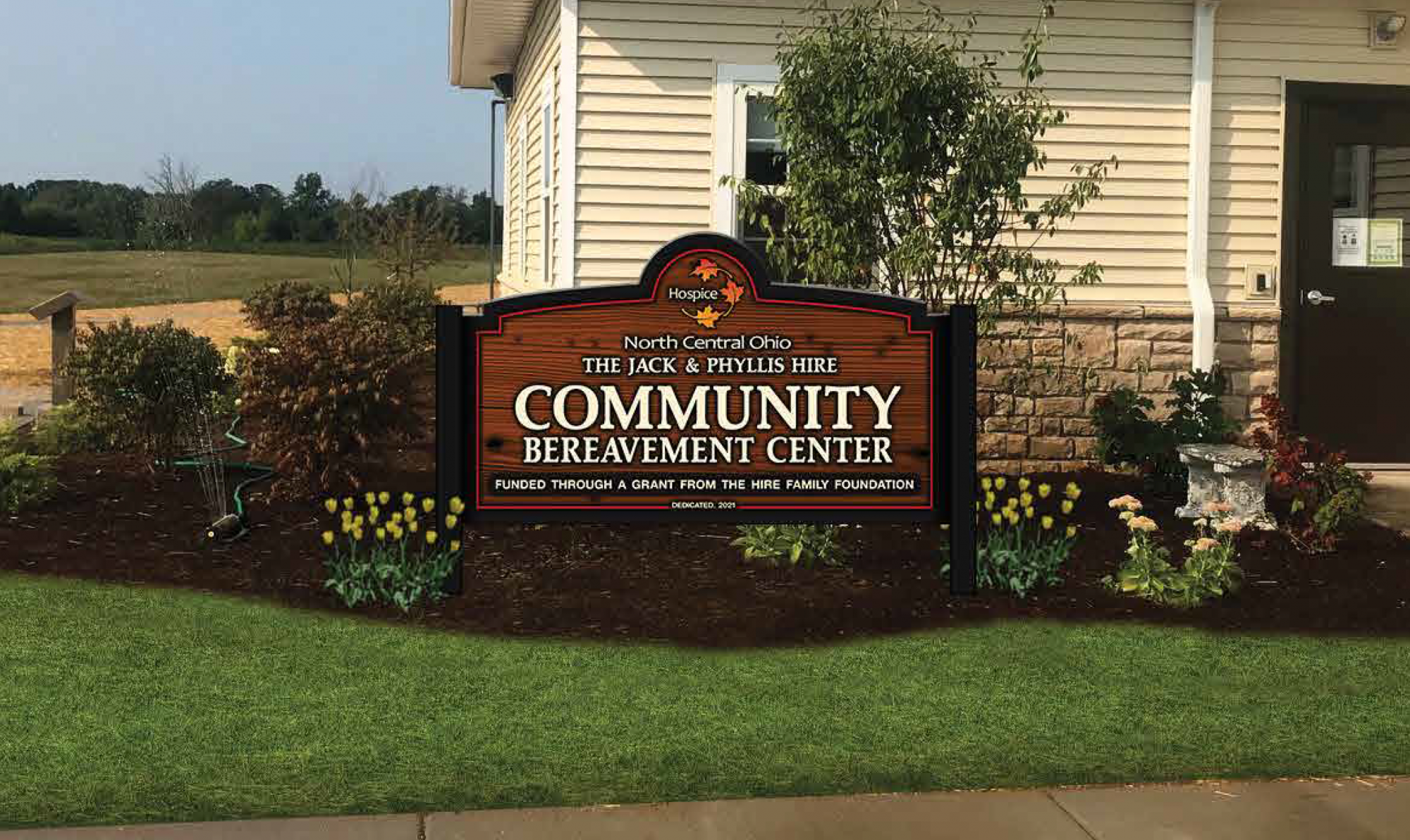 The board of directors at The Hire Family Foundation, Rocky River, Ohio has approved a grant to name the community bereavement center at Hospice of North Central Ohio in memory of Jack and Phyllis Hire. The grant in the amount of $40,000.00 will help expand and enhance HNCO bereavement services and programs in Ashland and Richland counties while honoring the memory of Jack and honoring the life of Phyllis Hire. A portion of the grant is designated for the creation of a new endowment fund to support the center. This restricted endowment fund will be managed by The Ashland County Community Foundation.

Rebecca Pfister, HNCO Bereavement Coordinator stated: “The mission of The Hire Community Bereavement Center is to assist the bereaved as they move through their grief process by providing a multitude of special support groups, education, lectures and training, children’s bereavement camp and individual grief support to anyone in our area who has experienced a loss due to death.” The Jack and Phyllis Hire Community Bereavement Center and its staff will also deliver grief and bereavement services throughout the community in schools, churches, workplace and community facilities as needed. The center will be located in a special wing of HNCO’s corporate headquarter facility in Ashland and will include an extensive bereavement resource library, children’s play area and space for private group and individual counseling. The center is one of only a handful of such facilities in north central Ohio.

Ralph Tomassi, HNCO Chief Development Officer and Senior Administrator added: “A graduate of Ashland High School and an accomplished entrepreneur, John ‘Jack’ Hire is still a well-known and highly respected name in this area some 17 years after his passing in 2004. HNCO is honored to perpetuate the Hire name on this center. HNCO has provided bereavement support for many years, this facility will allow us to serve even a greater number of families and organizations”.

Due to Covid-19 restrictions, plans for a public dedication of The Jack & Phyllis Hire Community Bereavement Center will be announced at a later date.

Tags: bereavement, center, gift, hire
« Back to Blog
I've always believed in the concept of your organization; having seen it in action, I believe more strongly that we are so fortunate that you exist.

Hospice of North Central Ohio is a charitable non-profit corporation as defined in section 501(c)(3) of the Internal Revenue Code.